My friend Steve Deutsch has a poem in the Goodreads contest this month.  If you’re a member of the Goodreads Poetry group, you can read all the poems here.  And if you feel, like I do, that Steve’s poem is worthy, I hope you’ll vote for it.

Sure, we loved the hats and hoopla
the rhythmic chants of lock her up,
but we are not a stupid people.
We know full well this patchy place
between the slag heaps
and the scrub pine–
these crumbling houses perched behind
the padlocked plant once known
for truck tires,
will never be great—
or even good.

You say rust belt
and mean the measure
of empty factories
and gutted storefronts.
The jobs bled out.
The eyesores left behind to moulder.
But the rust is mostly in us.
Too many years of children
born to little hope.
Too…

This one just took my breath away. Please send your likes and comments to Jane on her blog – I know she’ll appreciate it 🙂

In the dawn damp

at the forest’s edge,

bright as the brush

of a sleeping fox.

and mist blows in from the sea

coating my lips in salt

and the electric tang

a bark wilder than any dog’s,

and the sterile concrete of the streets

shivers at the sound.

There is a window in the wind

that blows across the river.

Look carefully and you will see

My dear friend, Nandita, is back with a new blog – Emotional Spaces. Some may remember her previous blog – Manan Unleashed. It looks as though Nandita’s same emotionally-charged writing is set to continue in a new home. Here’s a preview from a site that is well worth a visit.

I came across this wonderful poem on Robert’s site last night and haven’t been able to stop it playing over and over in my head. A beautiful poem from an incredibly talented writer. Robert’s blog is a treasure trove. Please leave any comments for him directly. Enjoy!

O at the Edges 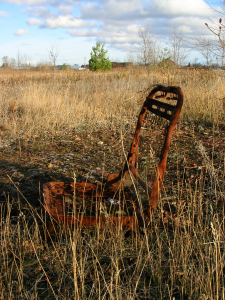 Such beauty should not be bound,
thus I tied loose knots,

knowing you would slip free
and shed my words

as they were meant,
across browned lawns,

just over the cedar fence
or at the curb’s edge,

never to be assembled,
and better for it.

This appeared in riverSedgeVolume 29, Issue 1, released in October 2016. I first encounteredriverSedgein 1983, and vowed that one day my poetry would be published in this journal. It took a while…

Beyond the reach of
dragon-flight, maids of Odin
in Autumn mists cry

for fair Honah-Lee
slipped from sight, to vaults only
Valkyries dare fly.

Passing beyond time
and meaning, no longer tied
with shackles, earthbound–

soaring realms golden
and gleaming, far away from
the dark underground.

The smartest man I know is dying –
cancer, spreading to his bones
and cruelly, to his brain.

“Come look back here,” he says when I visit.
“They knew even before I did.”
Six ravens walk – stately, slow, with purpose –
across his yard, an avian funeral cortège.
“They’ve been here since spring,” he adds.

He points to a corner near the fence.
“That one has a broken wing.
Got it robbing a blue jay’s nest.
Shouldn’t mess with jays, I told her.”

He feeds her raw chicken and steak but says he knows
that soon she’ll ask for death, and he’ll oblige.
“They won’t do the same for me,” he says.
“Fucking do-gooders.”
I don’t know what to say.

“When she’s gone, her fellows will have
a feast of her carcass,” he says without malice,
“just as they will with mine.”
I try to protest, but I know…

So, NaNo is done and life is returning to its usual level of crazy. I apologize for my absence but thank you for sticking with me.

I have stories, I have poems, I have some great competitions and publishing call outs to announce. Most of all, I have a month’s worth of catching up on your wonderful blogs to get stuck into.

Before I get going, do any of you have any questions you’d like to ask? For some reason, during my NaNo sabbatical, I’ve received a lot of personal emails from other bloggers with all sorts of questions – some personal, some professional, some seeking advice (reality check!).

I truly hope I’ve answered them all satisfactorily, but I thought I’d throw it out there – fire away in the comments with anything you have, I’m only too happy too listen and stumble my way through an answer.

Such a great start to my day – ‘The Weight’ was published today on the wonderful poetry site Algebra of Owls.

I’ve been following Algebra of Owls since it started and really enjoy the selection of poetry they choose to display. I’m flattered to have ‘The Weight’ appear in such fine company.

Here’s the link for anyone interested: The Weight at Algebra of Owls

Definitely a site that’s worth exploring.

Have you ever tried to dissect a poem and work out where the magic is hidden? Tried to find which words or phrases leave that imprint that you can feel for days afterwards but can never quite place? I do this frequently and never more so than after reading a poem by one of my all-time favourite poets, Jim Pascual Agustin.

It’s been a little while since my last featured poet post – I still haven’t figured out a way to quit my day job and write full time – but I know this next post will more than make up for the delay. When I contacted Jim to ask if he’d consider appearing as a guest on my blog, I had no idea how much effort he would put into his responses. I hope you will be blown away like I was. Without further ado, please enjoy:

The Scar Examined at Midnight

tell me about that. that scar.

it is a burn. something has grown
over it that mimics skin.
feel.

my memory goes blurry
when you smoke.
i know you need to, but please don’t.
or i won’t tell you the story.

it is not a burn…

–> Read the full poem and Jim’s bio here: The Scar Examined at Midnight

in clay,
she defies time’s
decay.

Written for the 20 poem challenge at Ekphrastic , September 2016.

a quarterly journal of short prose

The Cabinet of Heed

Every Life Story Begins with a Mum

A site to water everyone’s gardens

A place where words come alive

Looking ahead, without looking back (too often)

Dive into a collection of memories, musings and emotions concocted delicately over time into short stories and introspective articles...

An ongoing collection of stories told in short form

Published quarterly on the last day of January, March, June and September

Poetry from a heart on fire

and the occasional camera

A trip through life with fingers crossed and eternal optimism.

Blurring the lines between poetry and prose

Books, Editing, Coaching, and Other Twists and Turns

A PROJECTILE FOR INCENDIARY FLASH FICTION

A bit of this and that

The view from my front porch (in Pennsylvania) or back patio (in London) every morning, in 140 or fewer characters

too much coffee, too little sleep, a love of words...

The Words She Scratched into the Mirror

welcome to my insanity.